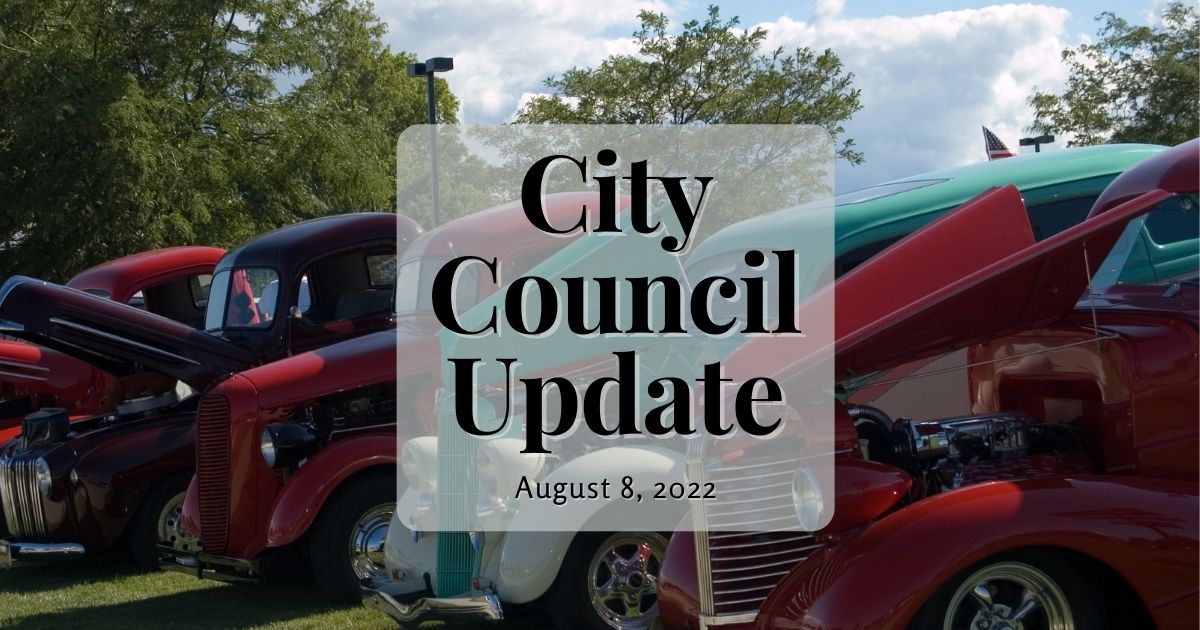 DPW will be purchasing a new pickup to replace a 2006 model.

A contract to Carlisle Wortman Associates was awarded to continue assisting the planning department. They were the consultants that the city worked with on the Master Plan and have been filling in as interim Community Development Director until the new director started in early July.

WOW received a 10 year renewal of their TV franchise in the city. This agreement does not cover their abysmal Internet service. The city is looking into when that contract expires.

It was announced that the city's historic Town Hall and Fire Station has been placed on Michigan's official list of Historic Buildings.

Since the city often experiences heavy rains in October, the city manager gave reminder that we have restricted storm drains throughout the city. Their purpose is to hold water in the road and let it slowly drain instead of surging in quickly and causing basement flooding. The streets typically clear 30 to 40 minutes after a storm passes. If it remains flooded, contact DPW or the Public Safety non-emergency number.