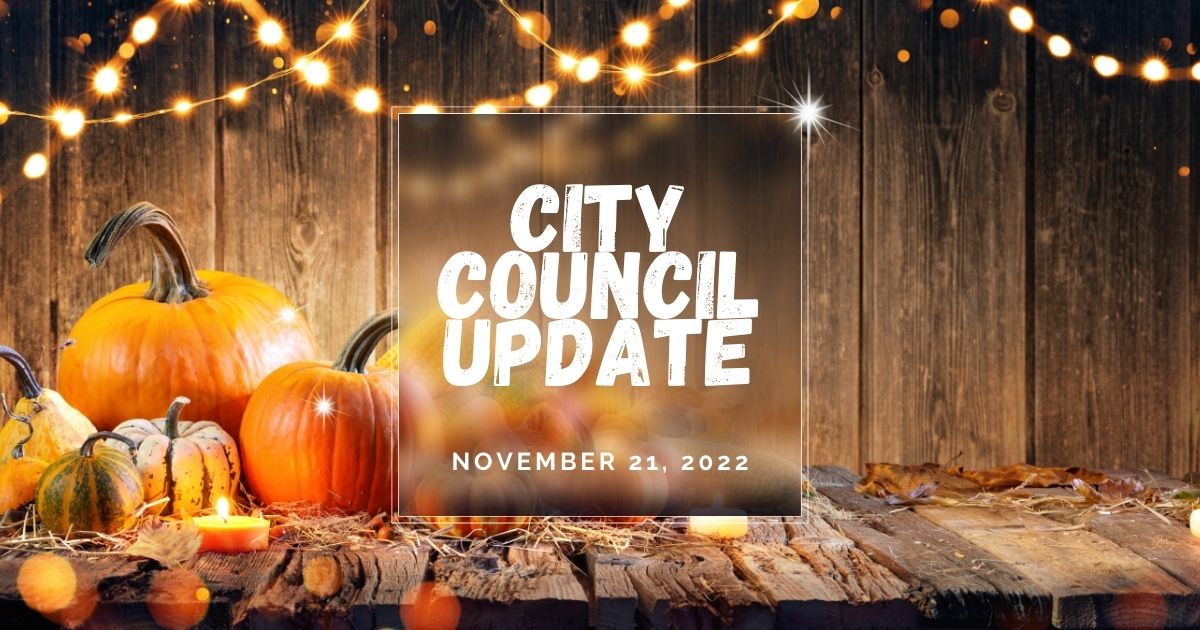 Council approved the Downtown Design Guidelines and the first reading of an ordinance to allow them to be considered by the Planning Commission when reviewing new developments on 12 Mile or Coolidge.

The first was an update to construction grading standards. The purpose is to prevent new construction from causing flooding problems on adjacent properties. This update relaxes some of the requirements that was making small projects cost prohibitive.

The second introduced regulating short term rentals (e.g. AirBnB) as other rentals are regulated, requiring a rental license and inspections.

Councilmember Natalie Price won her election for the Michigan House 5th District. Council has begun the process for filling that vacancy. Applications for the vacancy will be accepted until 8:30am on Tuesday, November 29. Read more at the city website.

The city is applying for a grant to make improvements to Jaycee park, including adding restrooms.

There are a few spots left for the city's senior snow removal program. Availability is based on income requirements. Visit Parks & Rec in person or call them at 248-658-3470 for an application.

The Holiday Lights Parade and Tree Lighting will be on 12 Mile from Bacon to Coolidge on Saturday, December 3 starting at 5:30.

The Drive-By Santa Parade will be two days this year, Thursday, December 1 and Friday, December 2. It will be from 6:30 to 9 each night. A route map and the real-time Santa Tracker will be posted later.