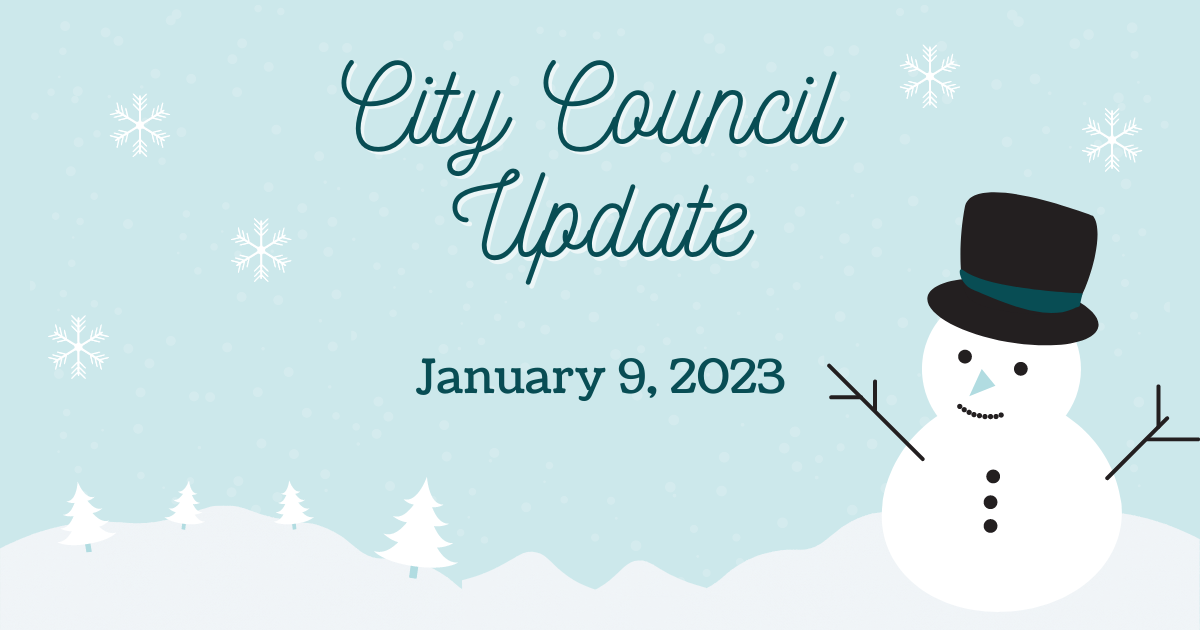 City Council heard from applicants for a vacant seat, heard about a millage proposal and approved it for a May vote, and more.

Per Council's rules, an Ad Hoc Committee met to score the 13 applicants received for the seat. The following six spoke at Monday's meeting:

Danielle Pietraszewski was also invited but has since removed herself from consideration.

Council will hold a special meeting on Monday, January 23 to select who will fill the vacancy. That meeting will be recorded and broadcast.

At a special meeting on Tuesday, January 3, Council named Ross Gavin as Mayor Pro Tem. Should Dean be unable to act as mayor, Gavin would step in.

Council approved putting a "Headlee Override" on the May ballot to restore 3.4581 mils of lost tax.

Headlee and Proposition A are a complex formula for evaluating property tax that is unique to Michigan. Over time, a municipality's effective tax revenue is reduced even as costs increase.

The city manager gave an overview of the proposal and concrete examples of the financial challenges the city is facing. With nearly five months before the vote, there will be ample opportunity for educational materials to be released, for discussion, and for questions to be answered.

You can read more about Headlee from the Michigan Municipal League and Michigan State University Extension.

Council approved the purchase of two new pickup trucks for DPW. It will be six months or more before they can be delivered.

Council approved outdoor liquor sales for Berkley Commons. They do not plan to open the outdoor space until the liquor license is granted from the state. It is unknown how long the state will take. If it takes too long, the city may reopen the street early.

The city approved a recreational marijuana license for Moses Roses (aka Yellow Fin). This was an administrative task as they currently only hold a medical license.

The cities and school districts of Berkley and Royal Oak will hold a MLK Service Day on Monday, January 16. Participants can gather at Berkley High School at 9am for breakfast and to deliver donations. A Freedom Walk will the begin at 9:30, as well as a virtual presentation that will be hosted on the School's Facebook Page.

If you did not get a copy of the Berkley Buzz, you can read it online.

An open house for the City's Business District Parking Study will be held on January 31 at the High School Collaboration Center. Stop by anytime between 5:30 and 7:30pm to provide your input. More details be be released soon.

WinterFest will be held at the Community Center on Saturday, February 4 from 12 to 2pm.