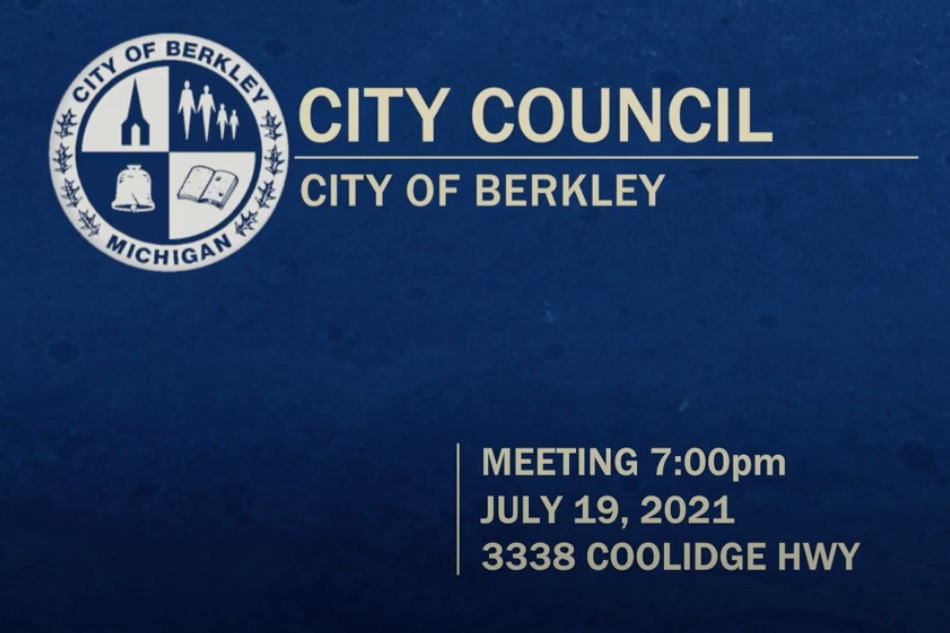 Council held their first hybrid in-person / virtual meeting on Monday. The City Master Plan, the state of downtown, new playground equipment, the Planning Commission Annual Report, and the Berkley Plaza on Coolidge were all topics of discussion.

Council members were present in person, while staff and public participants could come in person or join virtually. We expect to have this hybrid option for some time to come, perhaps permanently.

The City's Draft Master Plan is now available for public review. This is the most important thing going on in the city right now. It will guide how the future of the city will look. If you can, please take some time to review the master plan and send in your questions and comments. It can be viewed at berkleymich.org/masterplandocument

The city has received accreditation from Main Street Oakland County. We are only one of thirteen cities in the county at the "Select" level. The representative from the county stated that "Berkley is ahead of the game" in economic development during the pandemic.

The Planning Commission provided their Annual Report to council (in the meeting packet). This document summarizes the projects that came before them, as well as a summary of building, permit, and code enforcement activity in the city. The Community Development Director shared that the Building Department is starting to see a lot of activity for permits, site plan reviews, and facade improvements. She also mentioned new resources from the city to help provide information to streamline the process for opening a new business in Berkley.

Council approved construction of the Berkley Plaza on Coolidge between Sunnyknoll and Catalpa. This is a joint project between the City, School, and Downtown Development Authority, each contributing one-third of the cost for constructions and maintenance. This phase of the project is for the buildout of the plaza. Items such as benches and public art will come through fundraising at a later date.