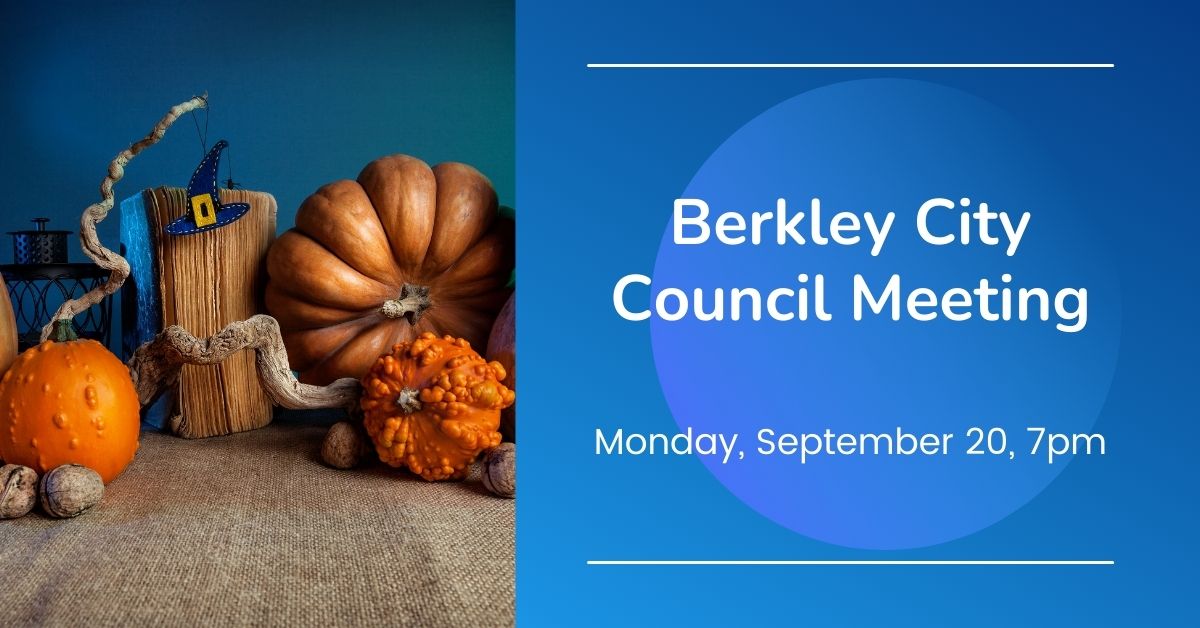 Monday's council meeting included authorization for a new city website and branding, upcoming Berkley businesses and events, and a handful of financial items.

The city will undergo rebranding ahead of a new, easier to use website. The existing logo will not be changed, but rather the branding is to reflect the values represented by the logo. The project will involve community input and is expected to be finished by July 2022.

Council approved a liquor license for Wedding Shoppe. If approved by the state Liquor Control Commission they will be able to provide drinks for their customers.

The Downtown Development Authority's "BOO!KLEY Monster Mash" event was also approved. The month of October will be full of Halloween themed events for BOO!KLEY Nights. Other events include:

Council approved "Entertainment Establishments" downtown. These will allow businesses such as group art classes, cooking classes, and the like in our downtown core. The recently opened Pinspiration is an example of one such business.

The city received a $13,000 grant for planting more street trees. This is in addition to the $4,000 grant received last month. The grant is part of a coordinated regional effort to use trees to help slow the inflow of water into our combined sewers and reduce flooding and sewer backups. Through an increased budget and the grants, the city will be planting around 300 new trees this season compared to the normal 100 or so trees that are planted. If you want a street tree, they are provided for free, but the current waiting list is over 400 people long. See the city's forestry page for information and the link to sign up.

Routine end-of-fiscal-year budget amendments were passed, as well as a plan to fully fund our pensions. The city's retirement plans have always been on target to meet all of their obligations.

The general election is coming up on November 2nd. Absentee ballots will be mailed out on Thursday, September 23rd. If you want an absentee ballot or have any other questions, you can check out the City Clerk's Election Information page.

The meeting packet is available here.