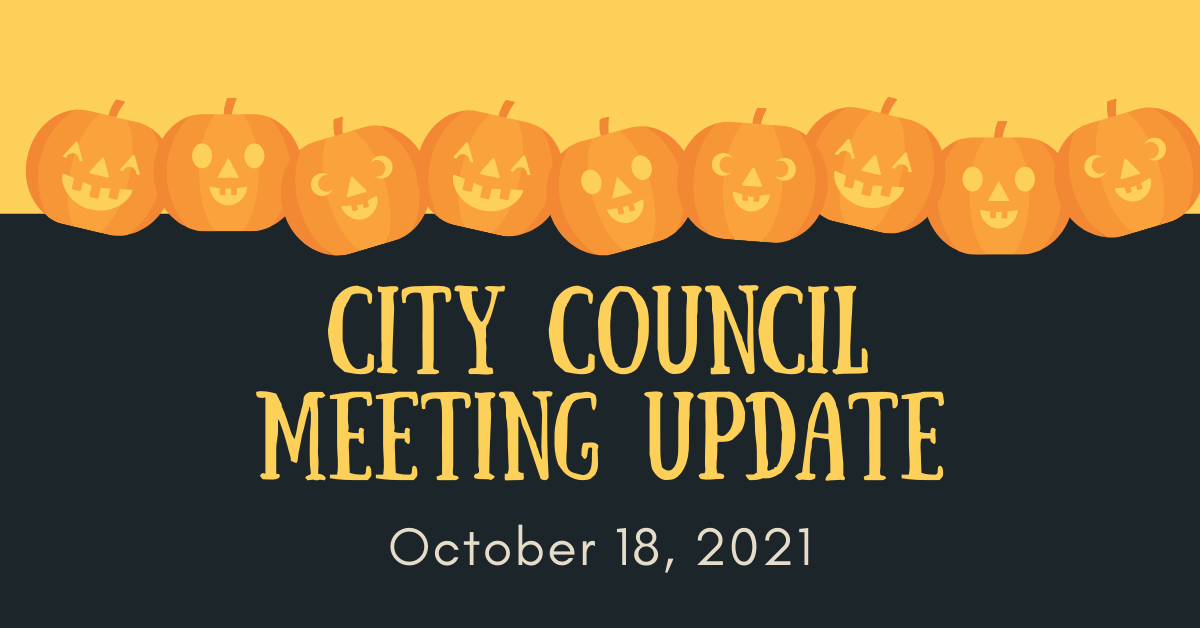 Monday's Council included partially approving a tax abatement for apartments at the former La Salette school, approval of the Holiday Parade and City-wide Santa Drive By, changes to boards and commissions, and numerous updates on happenings around the city.

In a 4 to 3 vote, a 10 year tax abatement was approved for new apartments in the existing La Salette school building. The developer's request for an abatement on a new apartment building to be built in the parking lot was not granted.

On Saturday, December 4th starting at 5:30 the Annual Holiday Lights Parade will be held on 12 Mile, ending at City Hall. That will be followed by a Tree Lighting Ceremony with Santa at the Gazebo. Details on the lighting are still being worked out. From 11am to 4pm, Santa will be driving all the streets in the city again. Watch for more details.

The Historical Museum will have an open house celebrating their 30th Anniversary on Wednesday, October 27 form 5 to 8pm. The first 150 people to attend will get a free print of city hall and the fire trucks from 1953.

The Coolidge Oversight Taskforce will meet on October 25 at 7pm at City Hall. They will discuss topics related to the Coolidge Road Diet. The agenda is on the city website.

The City will again offer snow removal services for seniors. Spots are limited and low income residents are prioritized. Contact the Parks & Rec department at 248-658-3470 to request an application or for any questions.

The Planning Commission will meet on October 26 at 7pm at City Hall to make a recommendation to City Council on the draft Master Plan. This will be one of your last opportunities to comment and shape help shape the future of Berkley. More details and the draft plan are here.

The Berkley Cares Food Pantry is now open. They are open on Saturdays from 10 to Noon at the Kipling Ave entrance to the Berkley First Church. They are also available by appointment. Call 248-907-0723 or email [email protected] for details.

The City Clerk reminded everyone of the upcoming election for Mayor and City Council. The election is Tuesday, November 2. Polls are open from 7am to 8pm. On Saturday, October 30 the Clerk's Office will be open for election business only from 8:30am to 4:30pm. The Clerk also reminded residents they can drop off their absentee ballots at any time in person or in the drop box at City Hall. Delivering them early will help the City count faster on Election Day.

The meeting packet is available here.