Communication is Key - Opening a Dialog Between the City and Residents 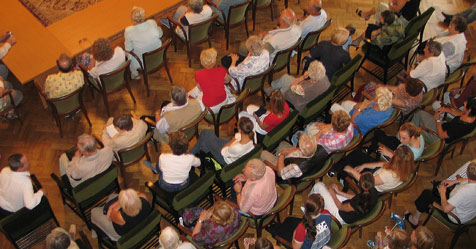 In any relationship, communication is key. The same holds true for the relationship between a city’s officials and its residents.

The way the City of Berkley has decided to run their City Council and Planning Commission meetings nearly eliminates any room for constructive dialog. Sure, the citizens get a public comment period to speak to city officials, but they won’t respond. Then the city officials get to speak, but the public has no chance to respond.

I see the frustration from both parties — and have experienced it myself. Everyone wants to be able to have a discussion, but we have set ourselves up to fail.

It doesn’t have to be this way.

I reached out to the Michigan State University’s Extension Office to see if they had any ideas on better ways we could be conducting our meetings. They had a few suggestions.

There is no reason a city official can’t ask a member of the public for clarification or additional details. By sitting there silently and stoically, it only frustrates residents who are looking for answers.

However, if there are still heated emotions on a contentious issue during a public hearing, we have probably already failed. A public hearing is the worst way to involve the public. There are many, many techniques to involve affected parties earlier in the process and possibly avoid conflict altogether. Some of those techniques include:

If elected to city council, I want to get the residents involved early and often on the important issues facing our city. It will be extra work, and it might slow things down, but it is important to have an honest discussion and hear what people think and help give them ownership in the city's decisions.