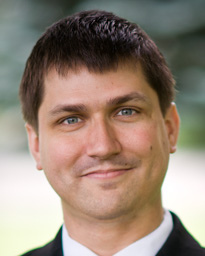 The Daily Tribune ran an article today about my candidacy and Berkley Citizens United: Organized critics of Berkley officials to run for City Council.

The reporter conducted an email interview with me. I will be publishing the full interview later on.

As is often the case, the answers are more nuanced than the paper has room to publish. In fact, I dislike that I only have enough of a "sound bite" to make it sound like I think the current city council are horrible people. I think they also share a love for Berkley, but they have not been serving to the best of their abilities.

However, one thing surfaced from this article that underscores exactly the kind of things I want to see changed.

From the Tribune article:

Baumgarten said one casualty of the focused criticism from BCU members is that Berkley is losing City Planner Amy Vansen, even though the sheriff’s investigation showed she did nothing wrong."

Yet in a May 2 article in Woodward Talk:

When asked if the criticism had any effect on her accepting a new job, Vansen said that she had been looking for a new opportunity for several years, as her children are old enough now for her to look elsewhere for work.

Someone who has been looking to get out of our city for years is not a casualty.

People have been coming forward for years with complaints about the building and planning department. Only a year ago was there a single issue that brought all these disparate complaints into sharp focus. When we have a problem in the city, we can't bury our head in the sand and pretend everything is okay. We need to face it headlong, even if it is uncomfortable and painful.

When you know the right to be done and do not do it, you are doing wrong. To pretend there was nothing wrong going on is disingenuous and just makes the city look foolish. For city staff to issue completely conflicting statements makes them look straight up dishonest. Just tell the truth. It is painful sometimes. Some people will still hate you. But overall you will gain respect. I want to help rebuild trust and respect for our city government.