What Are Those Flags? 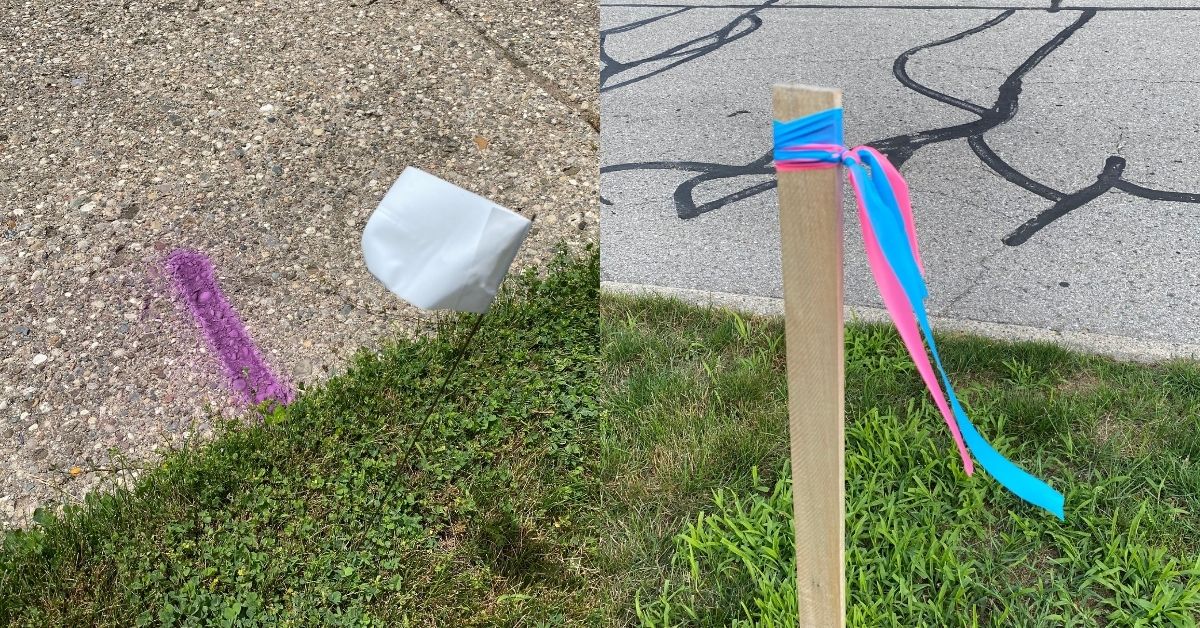 You might see a lot of small colored flags popping up around Berkley and wonder what they are for. Here are the answers. 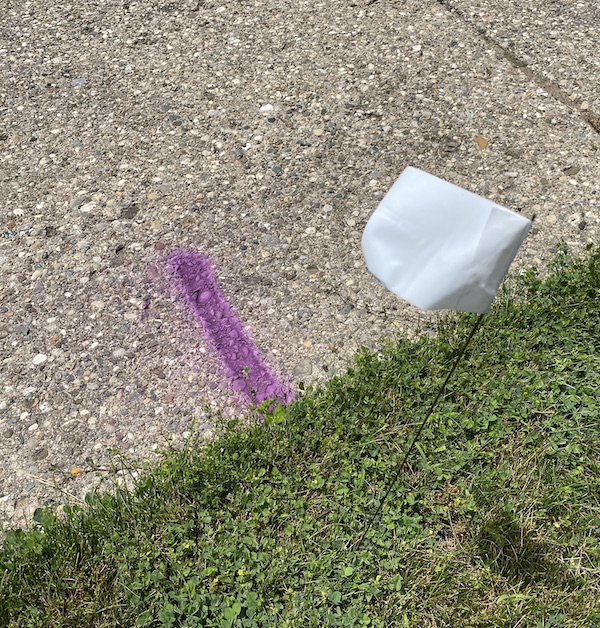 The City of Berkley now provides free trees to residents between the sidewalk and street. If you see these white flags and the purple paint, that is the proposed location for a new tree.

Trees are planted after the ground is frozen, usually in December, and they only go to people who want a tree to ensure the greatest chance of success.

Even though the budget for trees was doubled this year after a request from me and the Tree Board, there are still only funds for about 200 trees and this year's list is already full. However, you can still sign up and be put on the waiting list for next year.

Why paint on the sidewalk? Previously, only the flags were used. DPW staff would come out and make sure the location selected did not interfere with utilities or block visibility. However, the city found that some people would move the flag afterwards to an unsuitable location which caused problems down the road. Now the sidewalk is marked so trees are planted in the proper location. 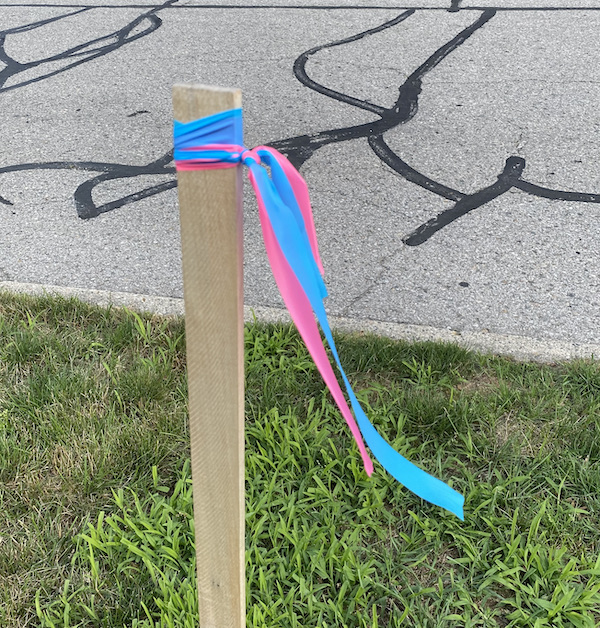 The pink and blue "flags" people are seeing are survey markers from Consumers Energy.

Consumers is part way through replacing their gas lines in the city. This year they are working north of 12 Mile.

In other parts of the city, they are conducting a land survey to prepare for future work. These markers are part of that.

I stopped by and spoke with one of the crews recently. They said if they left behind a marker and it bothers you, feel free to pull it up. However, they will also be coming back around to remove all of them when they are done. 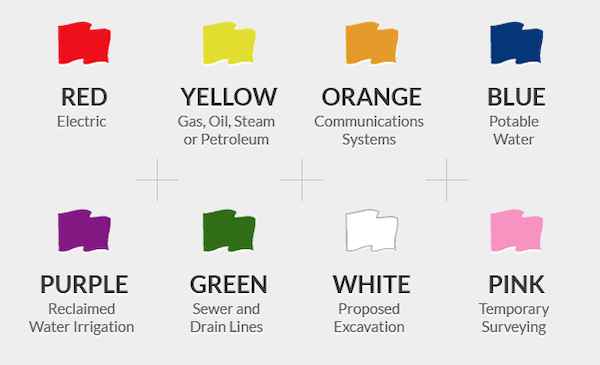 Flags are used to mark underground utilities throughout the state year-round.