Who is Writing the Laws? 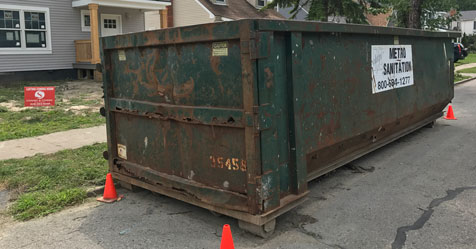 I was out meeting residents this weekend and saw a dumpster in the road. I know this is illegal, and several residents told me it has been there for more than a year, so I took a picture and reported it to our code enforcer. Imagine my surprise to find that city staff decided 16 years ago that they’d just let builders break this law when it became inconvenient for them.

This isn't the first time the staff has done this. They not only allow builders to block sidewalks, in the past they have instructed them to do so, contrary to code. They continue to allow illegal projections. And for months, they allowed an illegal sales trailer in a residential area. After enough public pressure, they finally "found" the right law to force its removal.

The legislative process belongs to the legislators - our elected city council - and not city staff. We can’t have staff making up their own parallel set of laws. And we can’t have a city council that doesn’t take their responsibility seriously and gives up their control of the process.

As a city councilor, I will do everything in my power to make sure our laws are enforced and we protect the safety and quality of life for all our residents. If a law isn’t working, I want us to explore how to fix it, but I would not surrender my right or responsibility as an elected representative to set our city’s policies.

Update: The dumpster was removed less than 24 hours after this post was made!