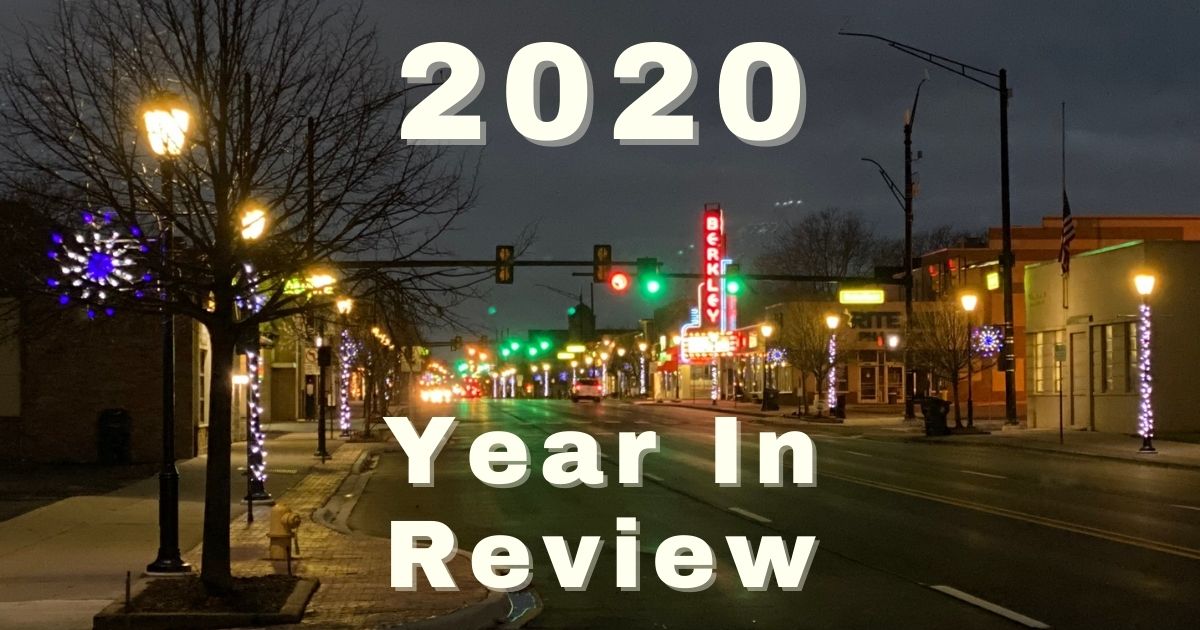 2020 was an eventful year. We saw the impact of Covid, yet the community rallied together to support each other, promote racial justice, and had a phenomenal election turnout. Through it all, the wheels of government continued to move. Here are some of the things that happened last year in Berkley.

At the start of the crisis, the City quickly declared a state of emergency, which we are still under. The City, the DDA, and the Chamber of Commerce have all worked hard to help our businesses by providing training, equipment, and grants. The City also relaxed restrictions on outdoor dining and signage and allowed some road closures to help facilitate safer dining and shopping options.

Many groups, including those in Berkley, had to cancel their normal staple of community events. Yet our resourceful staff and residents were still able find safe alternatives such as the "Drive-By Santa Parade" and giving Santa the Key to the City.

We also had huge numbers of residents step up to help others. There are too many to mention, but I want to specifically highlight the Berkley Community Pantry and Deb DeRosa who made countless free masks for residents.

Late in 2019, Berkley completed its marijuana legislation. This created a scoring process and the top three applicants would be awarded licenses.

In February the scoring metrics were completed, and after a delay due to Covid, in September the scores were announced.

Twenty-four applicants that did not win the scoring made an appeal of their scores. The review process was ongoing when the City was sued by ten applicants. That litigation has put a stop to the entire process and everything is now on hold.

Construction began on significant upgrades to Oxford/Merchants Park. This includes new playground equipment and a splash pad. It should be open (Covid-willing) by summer.

Unfortunately, when the city received bids on the project they were double what was budgeted. Even if we weren't in a pandemic and facing an uncertain economic future, I felt that it would be irresponsible to move forward with a proposal so far over budget. However, five of my colleagues voted to approve this, and despite my concerns, I do think the improvements will be a huge asset to our park system.

The City is in the midst of creating a new Master Plan. This document will help guide the city's land use and development for years to come. While much of the public input sessions are past, I encourage everyone to continue to participate. For the City to be successful, it is crucial the plan reflects the will of its residents.

While the city continued its normal water and sewer line maintenance programs, there are two other ongoing projects of notes.

In 2020, the City completed sidewalk repairs south of Catalpa and west of Coolidge. Repairs will continue in 2021 in the section between Catalpa and 12 Mile from Greenfield to Woodward. Property owners are responsible for paying for the repairs, but the City provides bulk rates and allows payments to be deferred to their tax bill over a number of years.

The City also began year one of a two year project to do various road repairs throughout the city. This was funded from the 2018 Infrastructure Millage approved by voters. That will also continue in 2021.

Resurfacing of 12 Mile Road west of Coolidge was completed.

The redevelopment of the former La Salette School into apartments continues. The City recently approved a large tax abatement for the project. I voted against this tax break because I believe it was unnecessary and that the project would still be successful without it. Regardless, when completed, the new apartments will help fill a housing gap of rental units in Berkley.

I helped bring about two new laws, one specifying attendance and training requirements for volunteers on city boards, and another to help curtail the “pink bag” newspapers being thrown haphazardly on people’s properties.

Finally, the City approved a settlement of lawsuits stemming from the 2014 and 2017 flooding.

2021 did not have the promising start many of us hoped the new year would bring. However, just like 2020, if we stick together we will be able to pull through. I have a lot of optimism that this will be a better year.

While my work on city council has been very hard, it has also been extremely satisfying to be in a position to listen to your needs, to help solve your problems, and to help keep people informed. I look forward to continue working for the people of Berkley.