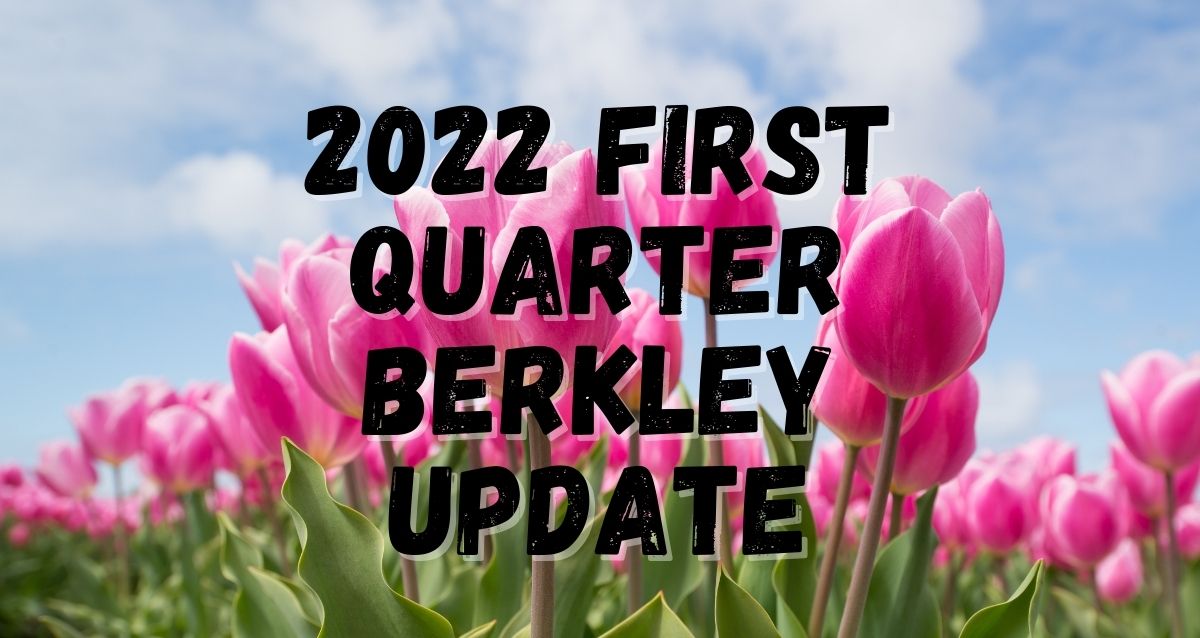 Marijuana has been the hot topic for the first quarter of 2022, but there are a number of exciting park and infrastructure updates as well.

In January, Council finalized the marijuana application scores. There were originally three licenses available, but the scores left a three-way tie for third. City ordinance calls for a lottery to assign licenses should there be a tie.

Council has increased the number of marijuana licenses in the city from three to five. Voting in favor of five licenses were Terbrack, Dean, Price, and Vilani. Voting against were Baker, Gavin, and me.

The desire to increase the number of licenses came about because of the three-way tie.

While there are many reasons I believe we should have stayed with three, I'll highlight what I feel is the most important one.

This process is new to all of us. It is already clear after the first applicant went before the Planning Commission that our parking standard is inadequate. There may be other deficiencies that will only be revealed with time.

Once a property is approved and the license is granted, there is no going back. Zoning law does not allow us to force stricter requirements on existing businesses. Any problems will be there for as long as the dispensary exists.

And unlike most other communities, every business in Berkley abuts a neighborhood. Any negative consequences will have a much great impact on residents here compared to cities that can place dispensaries in out of the way commercial or industrial districts.

I would have prefered we start with three licenses as originally planned, learn from that, and if we desired more dispensaries in the future, we could have then made the necessary adjustments.

The city is currently fundraising for an inclusive playground at Jaycee Park. If we raise at least $50,000, the State of Michigan will give us $50,000. If we raise less than $50,000, we won't receive anything from the state, so every little bit counts. Besides equipment that can be used by people of all abilities, improvements will include updates to the pathways, pavilion, and the addition of restrooms. The campaign runs through May 9th.

New toddler play equipment, shades, and picnic tables have already been approved for Oxford Park. They are expected to be in place by May.

The next phase city infrastructure millage dollars will be used to reconstruct Cornwall and parts of Kenmore Road north of 12 Mile. There has been some concern about the loss of parking on one side of the street. However, parking is going to be reduced to one side of the road for all streets less than 26 feet wide, including on Cornwall and Kenmore. This is the result of a city wide safety review performed by public safety on necessary road configurations for emergency vehicles.

DPW will be replacing water meters city wide. This allows near real-time meter readings from the cloud, which saves manpower and allows people to be alerted if a potential water leak is detected. When installing the new meter, they will also check for lead pipes. If you wish to get one of the new meters early, you can contact DPW at 248-658-3490 or [email protected]. 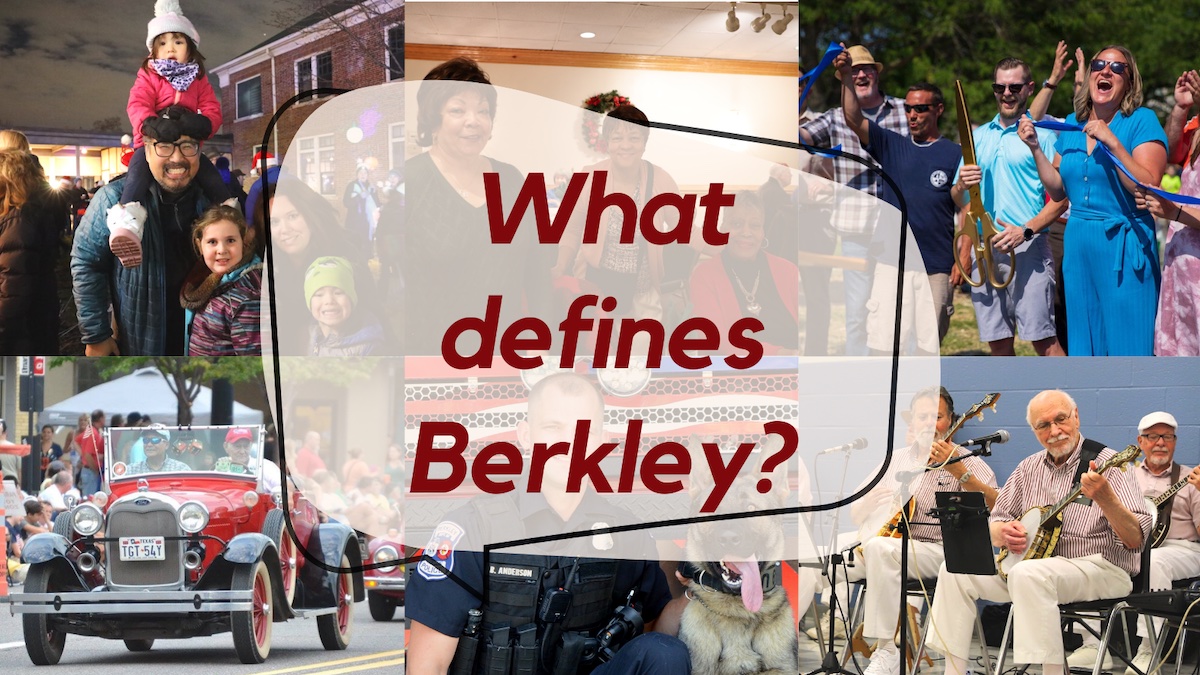 The City is reaching out to the community regarding its brand and community aesthetic to help City administration establish a clear marketing campaign and framework that defines who we say we are, what Berkley represents, honor the past and the legacy of Berkley, and the direction we are going as a community.

This is NOT to change the City seal and logo, but rather it is to assist with creating a cohesive and coherent branding document and guidelines the administration, City Council, and more can utilize to distinguish Berkley.

Please take the survey and share your thoughts on or before April 14. You can read more and follow along on the project's detail page.

I am representing Berkley on a SEMCOG regional task force concerning water infrastructure issues, including stormwater. Also see the tips for stormwater management from our Environmental Advisory Committee.

All seven members of council and the city manager attended the Michigan Municipal League's (MML) Capital Conference. This was an opportunity to network, learn, and lobby with our legislators for improvements for the city. Three of us were granted awards from the MML Elected Officials Academy: Natalie Price (Level 1), Bridget Dean (Level 2), and me (Level 3). I also serve as the Vice President of the Elected Officials Academy and am a member of the league's Municipal Services Committee and the Elections Subcommittee. 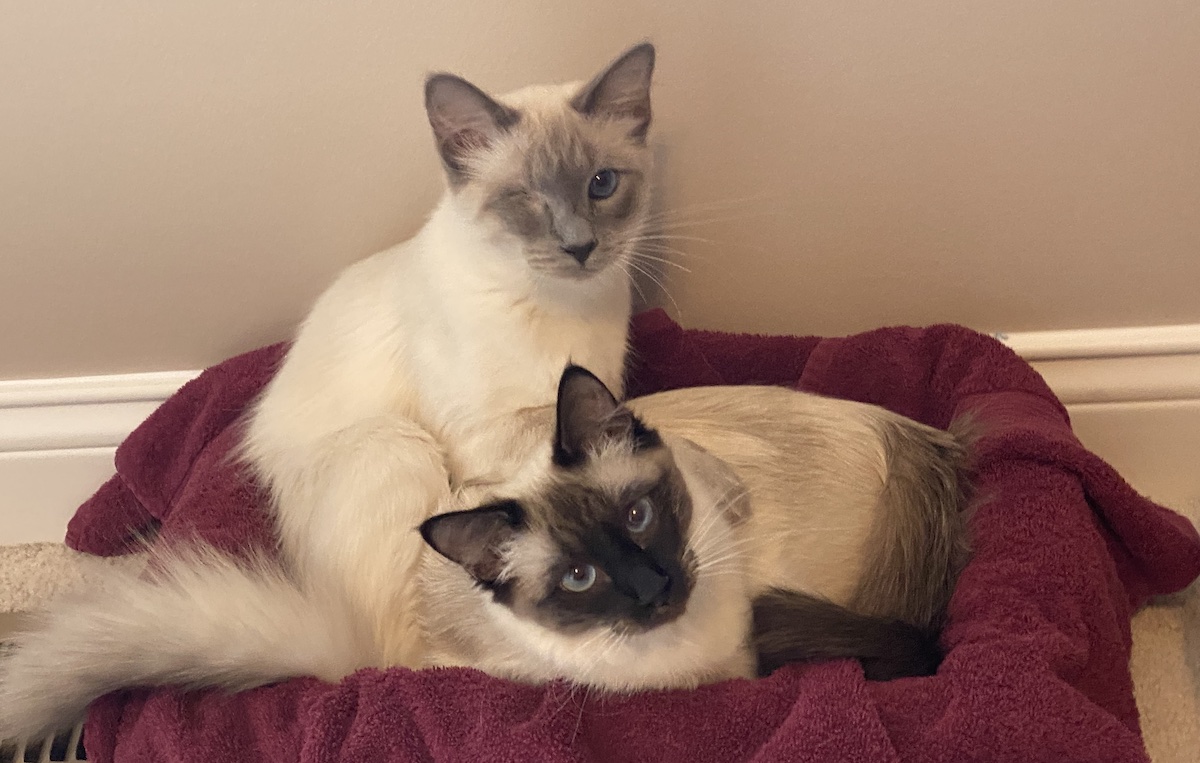 After my wife proofread this newsletter, she told me "Politicians are boring. Be personable. Give a kitten update." So, by popular demand, a kitten update!

Nicolette and Cosette are 6-1/2 months now. They are healed from their spaying, and Cosette is healed from the removal of her bad eye. They are running around as much as always. Their toilet training is coming along very well. And no, that isn't a euphemism for litter training — I am training them to use the literal toilet. 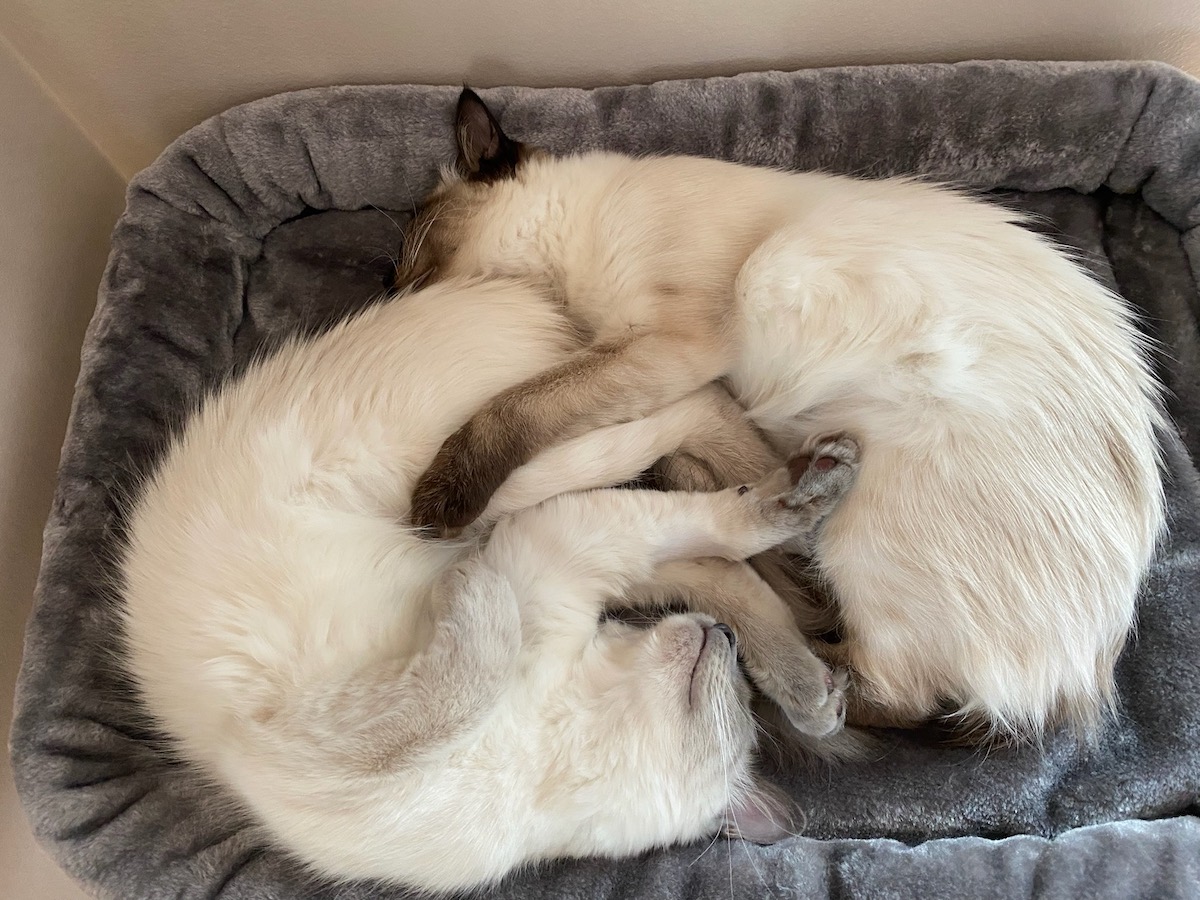 I am resuming my Talk with Dennis events now that covid is under more control. Stop by the library between 6 and 8pm on April 19 to ask any questions or share concerns you may have.