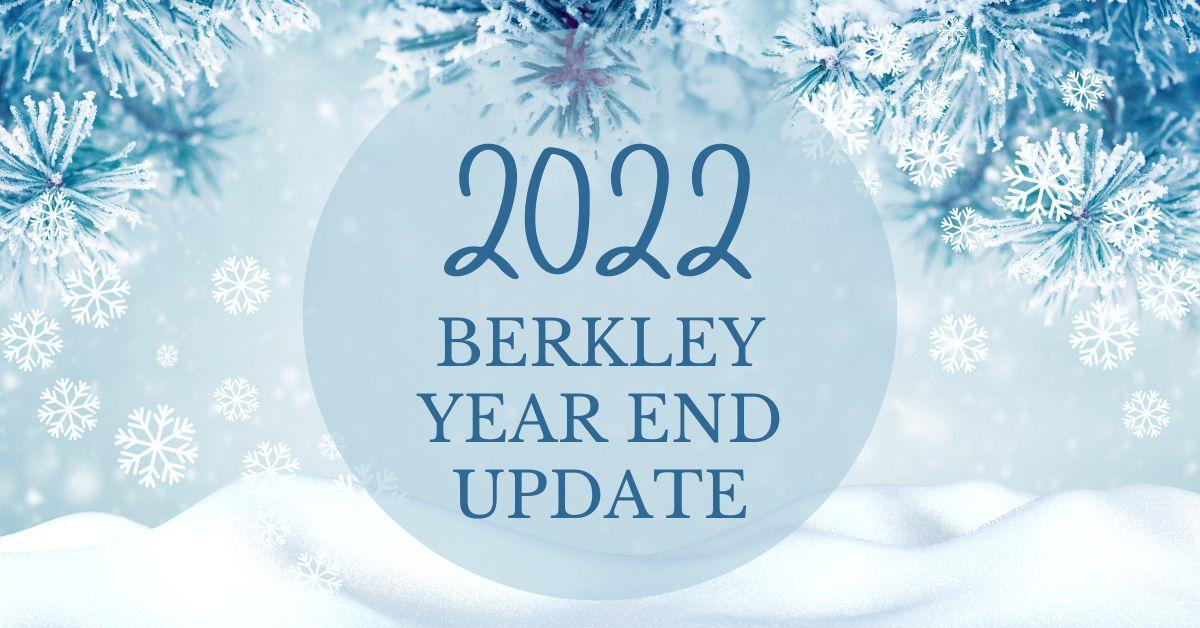 2022 has brought many new businesses in Berkley, some new faces on City Council, updates to our infrastructure, and new plans for the future.

The City and Downtown Development Authority have begun a commercial parking study. The purpose of the study is to evaluate the city's parking needs and consider approaches that could be used to meet those needs. The results will then be used to update our parking standards as part of a comprehensive rewrite of our zoning ordinance that is coming up soon.

I'm serving as a member of the study's steering committee. A meeting will be held sometime in January or February to gather public input.

Council discussed the use of parking spaces for outdoor dining and retail and the closure of streets like Griffith at 12 Mile. A $300 permit fee through April 30, 2023 was approved, at which time the special outdoor use will expire. This is now open to any business.

This discussion will continue on if and how these outdoor dining and retail options might be made permanent. From my point of view, we need to finalize the details with full public participation to determine what will work best for the city rather than continuing to kick the can down the road.

This list is probably not comprehensive, but it is all of the stores and restaurants I'm aware of.

The city has completed the process of awarding five licenses for marijuana retail businesses. Work is underway at most of them.

Click the image below for an interactive map of the locations. 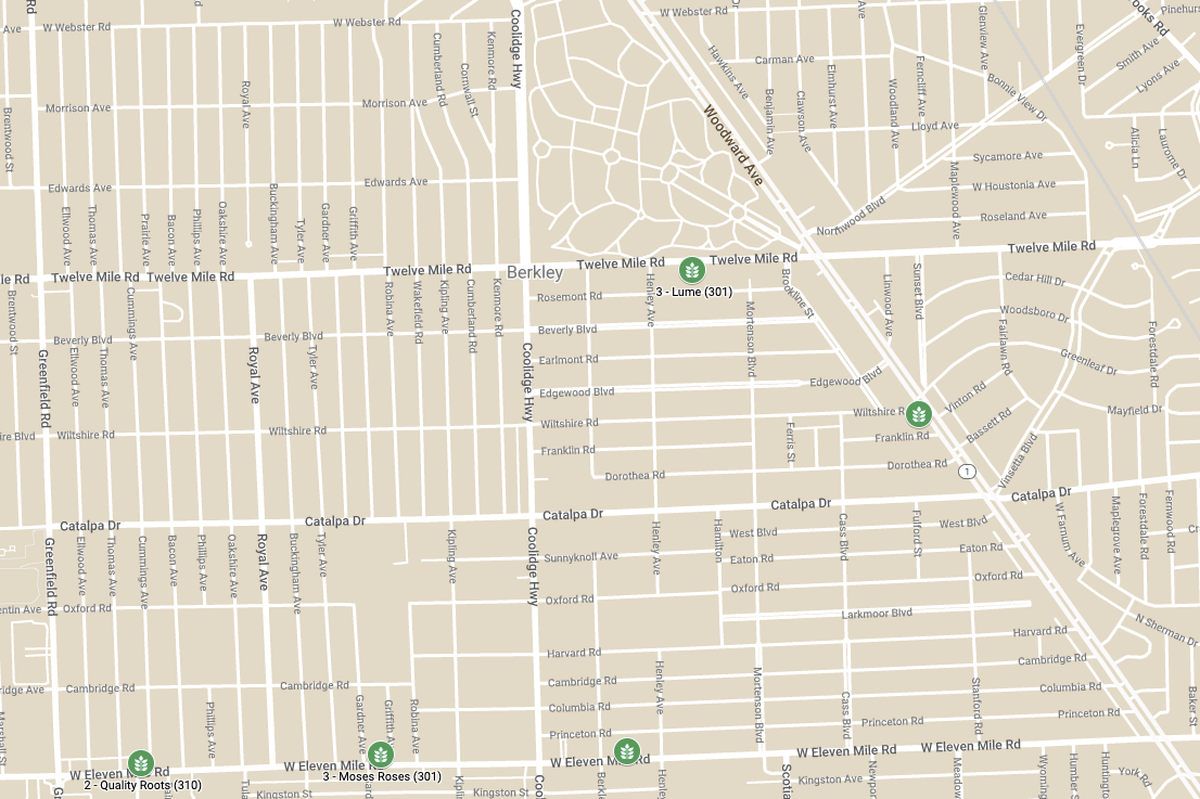 During this process, multiple unsuccessful applicants sued the city. Recently, the State Court of Appeals ruled in favor of the city. The city's law and scoring were found to be legal, upholding the lower court's ruling. The city was also found to be in compliance with the Opening Meetings Act, reversing the lower court's decision. This is a published opinion meaning that the ruling is a binding precedent statewide.

My next Talk with Dennis event is Thursday, January 12. Stop by the library between 6 and 8pm to ask any questions or share concerns you may have.

The water main and road reconstruction on Kenmore and Cornwall is substantially complete. Sidewalk and lawn repairs will be completed in the spring. Some of the driveway aprons near 12 Mile are substandard and the city is requiring the contractor to repair those.

Repairs to Wiltshire Road have been approved for 2023. The plan is for a full road reconstruction and water main replacement from Woodward to Mortenson and repaving the road from Mortenson to Coolidge. The project is expected to start in the spring but may have a delayed start due to on-going supply issues. There will be an on-site meeting for residents who will be impacted to discuss the project and answer questions.

Residents living on these sections of Wiltshire are urged to have their sewer line inspected by video. Any necessary repairs that involve digging up the road will be much cheaper to perform now than if you must fully restore the newly repaired road.

The city is continuing lead service line replacements throughout the city. This project is expected to take until 2041. The city will find and replace lead water lines even if you take no action. However, check the city website for information on how to have your lines checked and, if needed, replaced sooner.

In November, Representative Price won her election to the Michigan House, leaving a vacancy on city council. After considering 11 applications, Council named Mike Dooley to fill the vacant seat. He will be sworn in on January 9.

At the final meeting of the year, Mayor Terbrack announced is retirement from public office after 15 years of service. He feels that due to increased family and work obligations, he is no longer able to give his job as Mayor the attention it deserves and so he is stepping down.

This leaves another vacancy on council to be filled. Information about the process and how to apply is available on the City's website.

I've been told I must continue to provide kitten pictures because they're cute.

Cosette, the gray one with one eye, is now toilet trained (on the human toilet). Nicolete is still struggling.

This was the first year the kittens experienced a live Christmas tree. They loved playing and laying under and around it. I think they think we got it just for them. 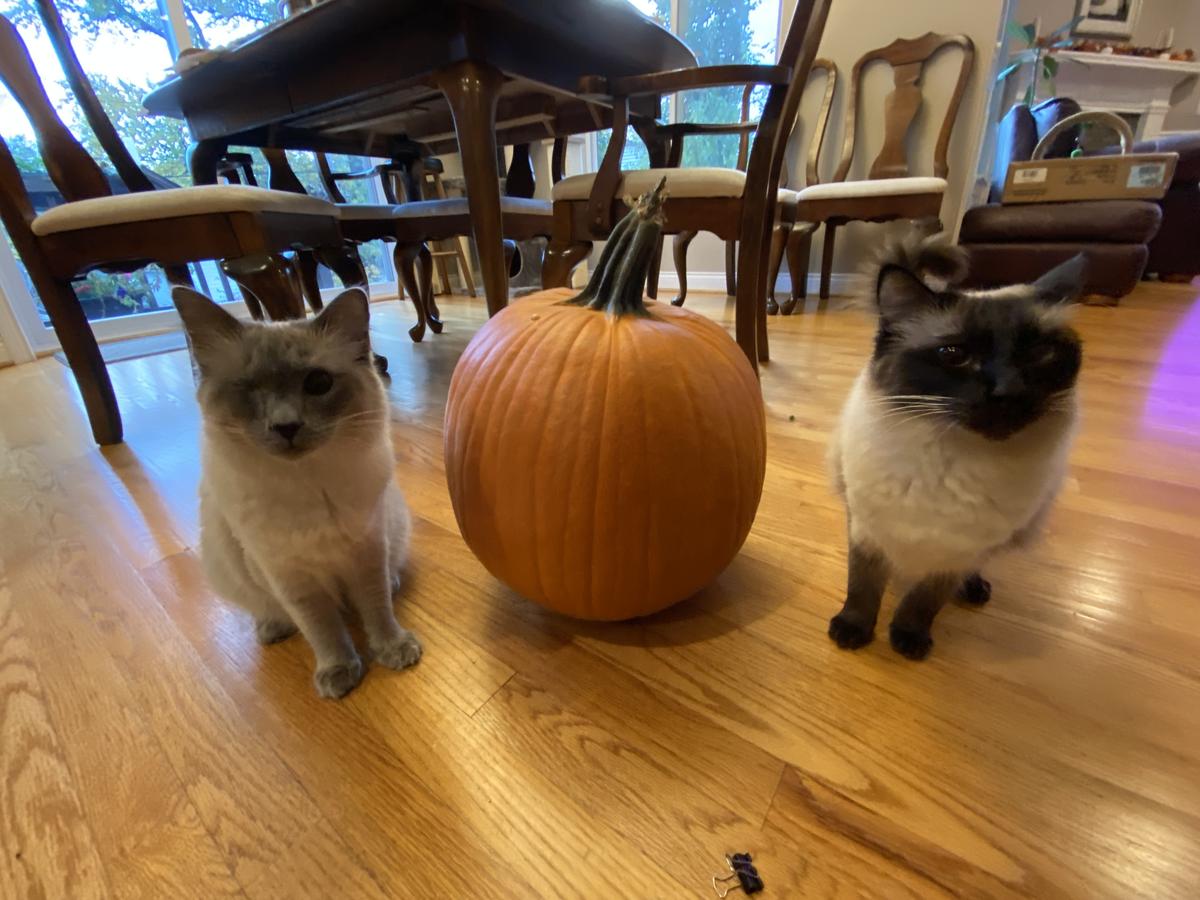 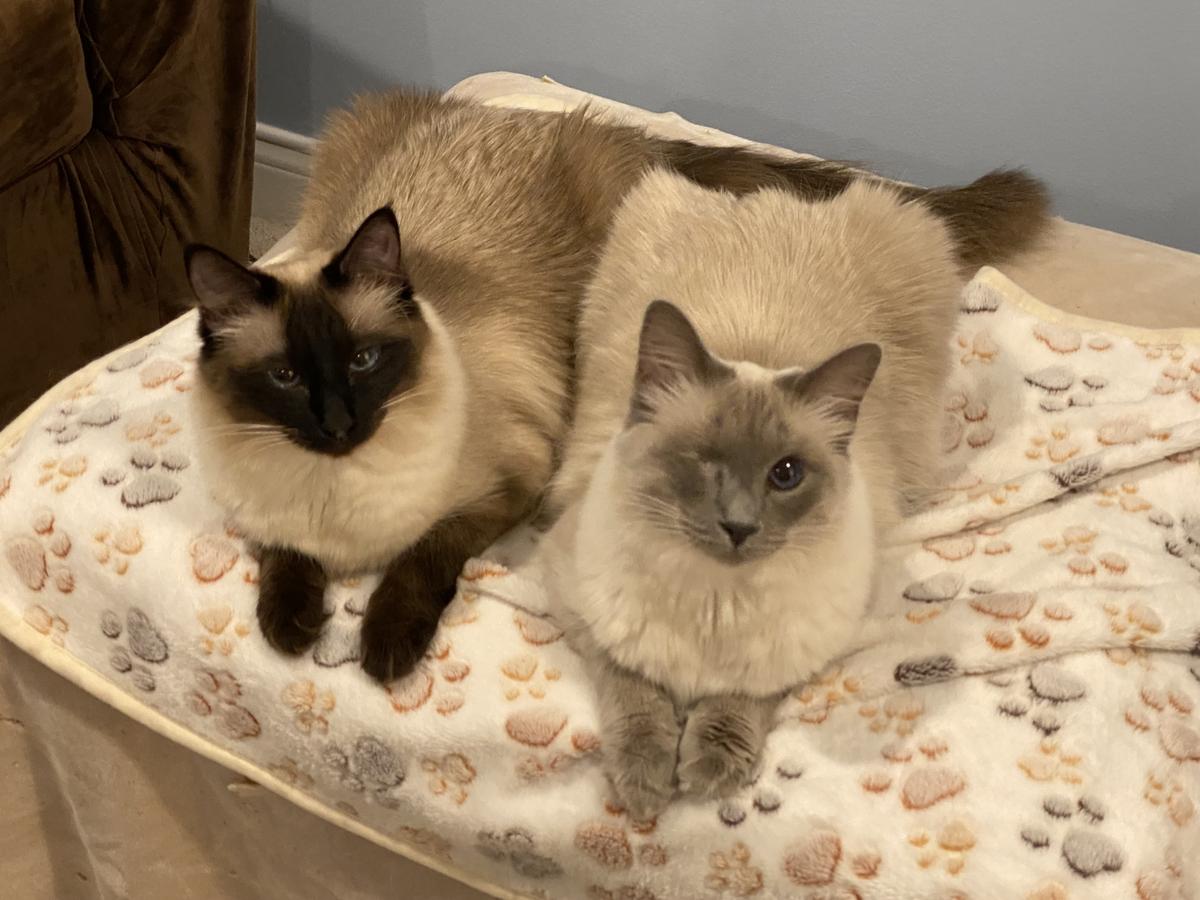 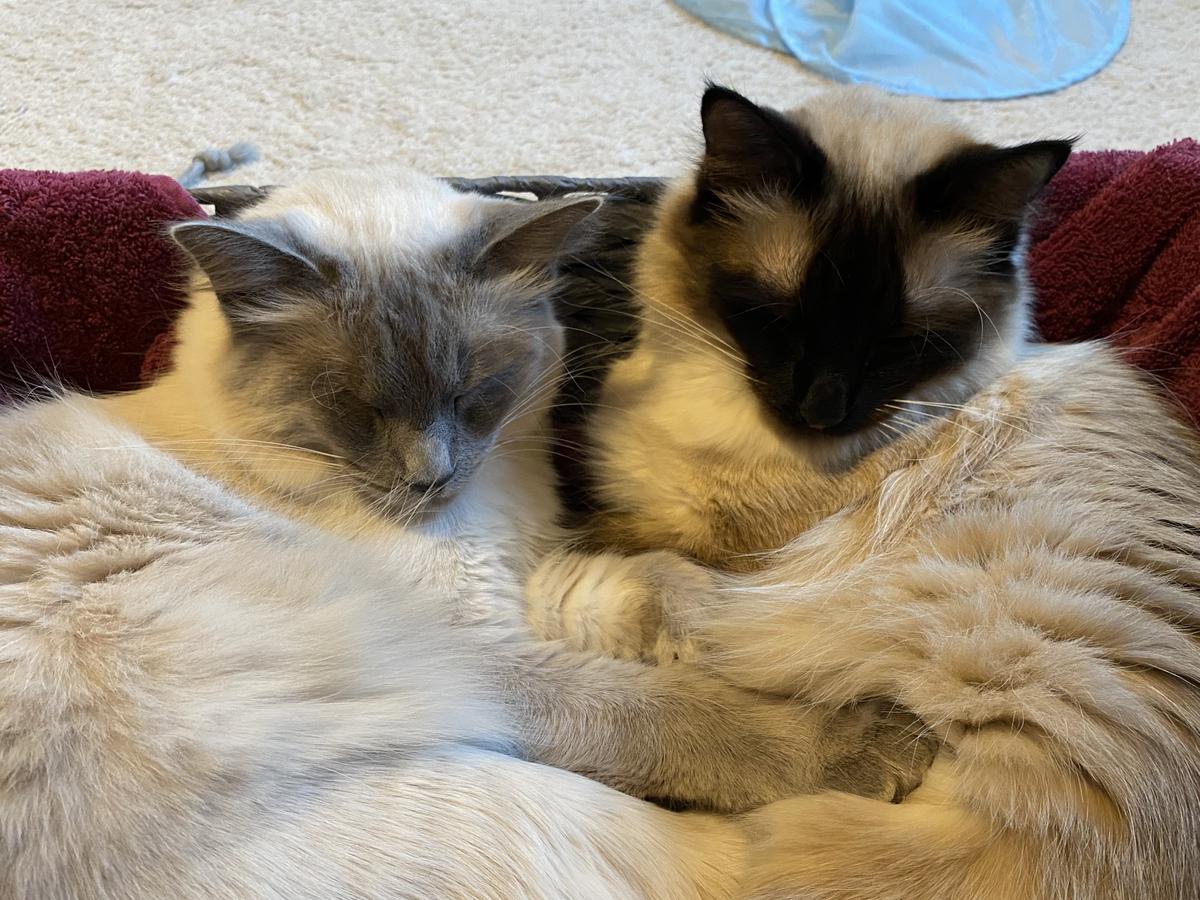 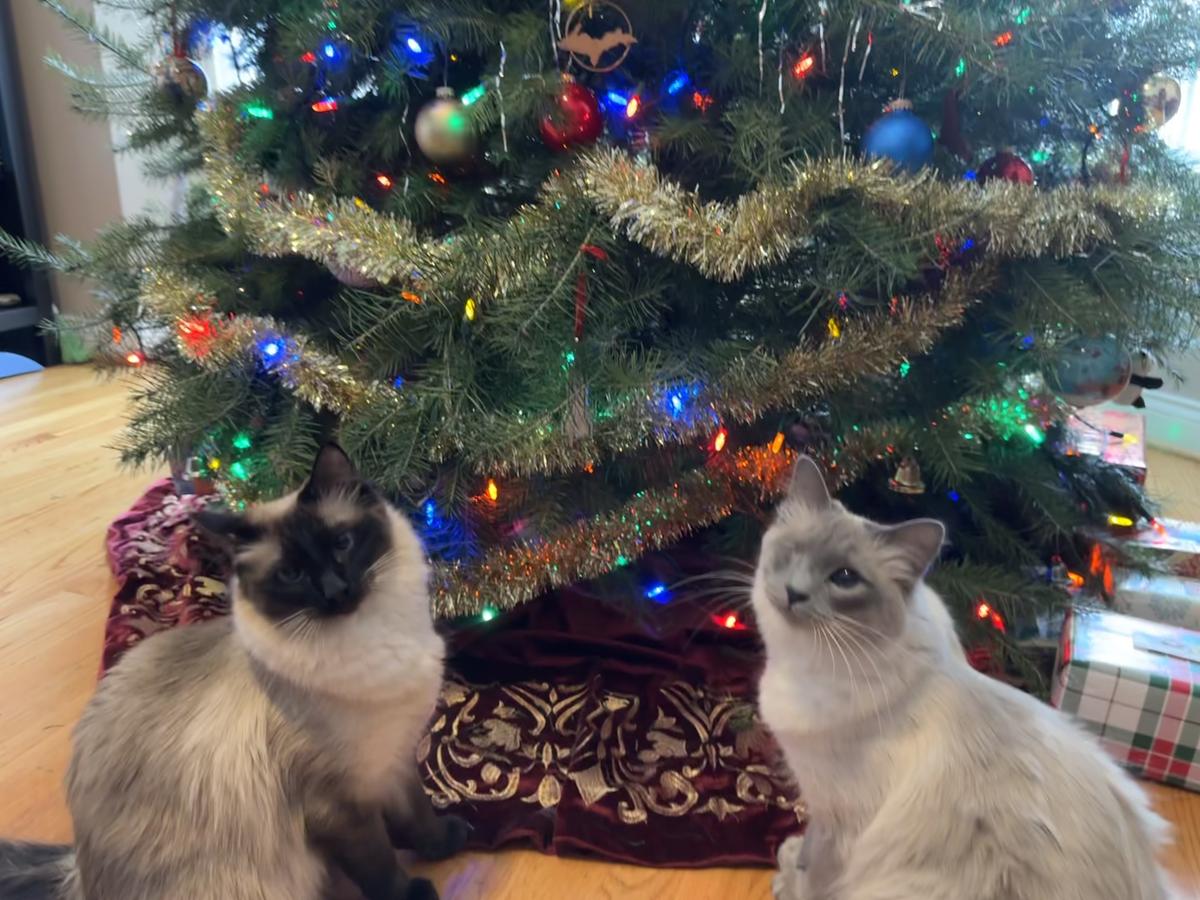