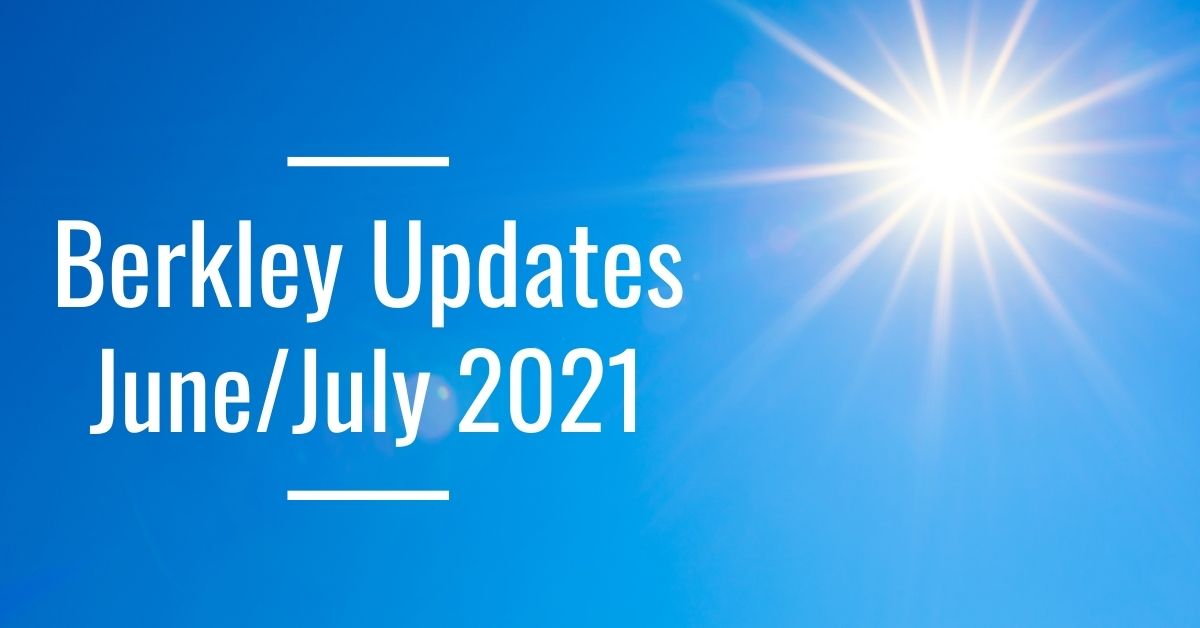 Contained in this edition...

We had a flooding event again where some basements took on sewage. It appears it wasn't as bad as past events, but I've shared what I know so far.

The City's Draft Master Plan is now available for public review. This is one of the more important things going on in the city right now. It will guide how the future of the city will look. If you can, please take some time to review the master plan and send in your questions and comments.

The new splash pad and playground at Oxford Park (formerly Merchants/Oxford Park) has opened. New playground equipment is coming to Community Park near the Community Center.

The city has approved new apartments in the existing La Salette school building. They are working through their permitting process before construction starts.

Aqua-Tots will begin development of the former Farina's property soon. Their original plans included retail space and a restaurant with outdoor seating in the building.

Vinsetta Garage has started work on their new parking lots.

Construction has been approved for a new plaza on Coolidge between Sunnyknoll and Catalpa. This is a joint project between the City, School, and Downtown Development Authority, each contributing one-third of the cost for constructions and maintenance.

Many people have asked what all the colored flags in the tree lawns around the city are for so I wrote up an explanation.

Sidewalk work is ongoing between 12 Mile and Catalpa from Greenfield to Woodward. Next year the sidewalks in the southeast section of the city will be done. The plan is to do each of the five sections in the city every five years so we have a continuous sidewalk repair program.

The road diet study had temporarily been put on hold due to reduced traffic related to Covid closures. The study has resumed. The latest data has been released and the Coolidge Committee will meet soon to analyze it. A final decision will likely be made in about a year.

A common misconception is that the change was made to accomodate bike lanes. That is not the case. There simply was room for bike lanes once the other changes were made.

The Coolidge business owners I have been able to speak with are very happy with the changes. However, there are a lot of challenges with traffic, specifically being able to get onto Coolidge from a side road or from business parking lots. I'm going to ask the city to look into how we can improve this situation. 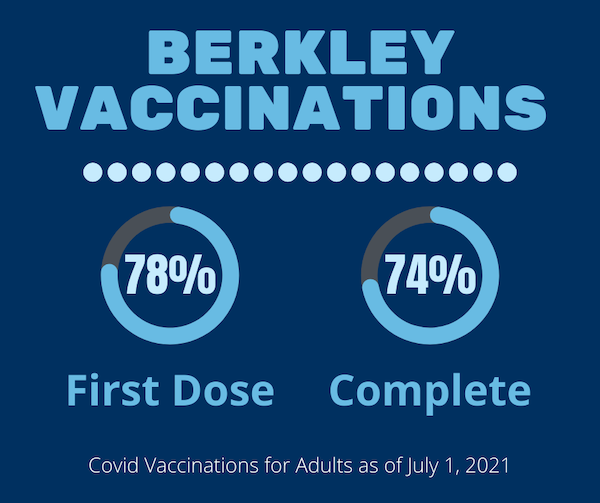 74% of Berkley adults have been fully vaccinated! This is up 6% from May 22nd. I explained how I acquired and processed this data. I hope to have data for minors in August.